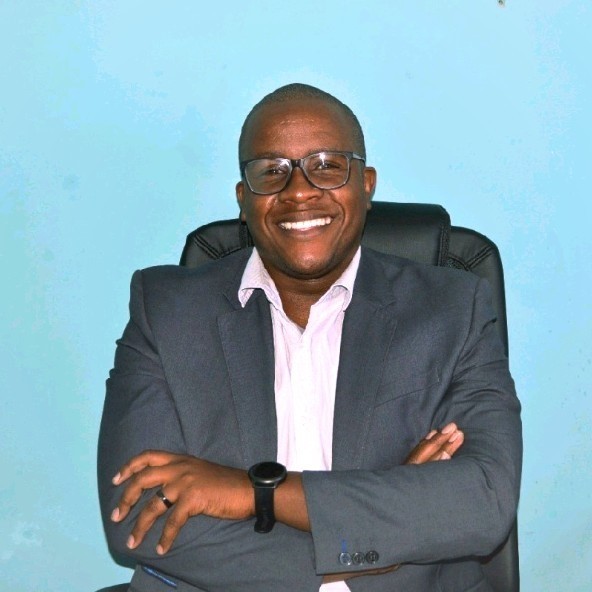 Stellenbosch Entrepreneur of the Month (feb-2022)

By Nicole McCain4th Feb 2022Apr 16th, 2022Entrepreneur of the Month
No Comments

Where does a vision to eradicate harmful medical waste and the dream of creating employment among township residents meet? The answer is simple for entrepreneur David Molotsi: They meet in innovative start-up Atisa Tiro, which empowers communities to become involved in disposing of the medical waste in their communities.

Atisa Tiro is a registered and licensed waste collection and management company based in Klapmuts. The company collects medical waste from healthcare practitioners – such as doctors, pharmacies and dentists – with a focus on informal areas and townships.

David started the business after his friend mentioned the need among doctors with small practices, in informal areas, for a service to safely dispose of medical waste.

Despite having neither a medical nor a business background, David realised there was a gap in the market to provide a service that would reduce the dangers of incorrect waste management while stimulating the township economy.

“In townships, there are numerous doctors who are practising at small consultancies. They really want to serve their communities, but they find it difficult to comply with the legislation around medical waste management – either because they don’t know the regulations, or because they don’t have access to large waste management companies,” says David.

Atisa Tiro is Setswana for “multiply work” and the ethos of job creation is at the heart of David’s work. He relies on a network of local vendors to collect and transport medical waste in their community, and the company has created a number of jobs through this method.

“When you look at the market, it’s dominated by a few large companies. Very often, these companies don’t give back meaningfully to the communities they work in. We want to grow the people who live in the areas we work, by empowering the people who live there to take care of the medical waste disposal in their community,” says David.

David hopes that scaling the business will provide a case study to take to the government, to motivate it to change its approach to disposing of medical waste from clinics servicing townships and informal areas.

The model doesn’t only affect the local industry and create employment, it actively involves community members in creating a cleaner and safer environment.

“Incorrect waste disposal is a huge problem in developing countries, and especially in informal areas. Waste that is not collected can end up in the household system, or be dumped in a landfill site along with household waste, where it can infect the community. We’re looking to involve people in waste disposal, so that they can see the impact it has on their immediate environment,” David says.

David grew up in Soweto in Johannesburg, where he showed entrepreneurial thinking and an inquisitive nature from a young age. He attributes the mindset to an early lesson learnt from his mother, who was employed as a domestic worker.

“I was the youngest of 12 children, and whenever I went to my mother to ask for money for something – like a bike – she wouldn’t simply tell me there was no money. Instead, she would sit me down and show how much money she had, and what expenses it would pay. Then at the end, she would ask me what money could be used to buy a bike. That’s where I started thinking about how to solve problems,” he said.

This entrepreneurial thinking has stayed with David, and he often found himself “thinking up crazy ideas” in his previous employment. “I was always trying to make money from everything. I always had ideas and the urge to be an entrepreneur, but I didn’t have the practical skills for implementing it,” David says.

This is why furthering his education was a life-changing experience – especially as joining the University of Stellenbosch Business School (USB)’s Small Business Academy gave him the framework he needed to run Atisa Tiro.

“I didn’t have any clue how to run a business. I learnt about financial management, human resources and labour laws, and how to build a business model that worked. Studying really opened my mind and gave me the tools that I could apply in real-time,” he said.

It also introduced him to the USB’s Lion’s Den, which he won.

“My lecturer suggested I enter, and I took the opportunity, to learn, never dreaming that I would win. When I won, it was really big for me. It gave me confidence in what we’re doing with Atisa Tiro,” he said.

He has now set his sights on the Startupper of the year Challenge by TotalEnergies, which sees hundreds of companies from 32 countries on the continent competing for the award of the best startup, younger than three years. David hopes to continue growing his business – with the ambitious goal of eradicating harmful medical waste on the continent by 2050.

“It’s a big dream. But we’re growing, we’re moving, and I’ve realised that I can use my skills to help other people,” he says.