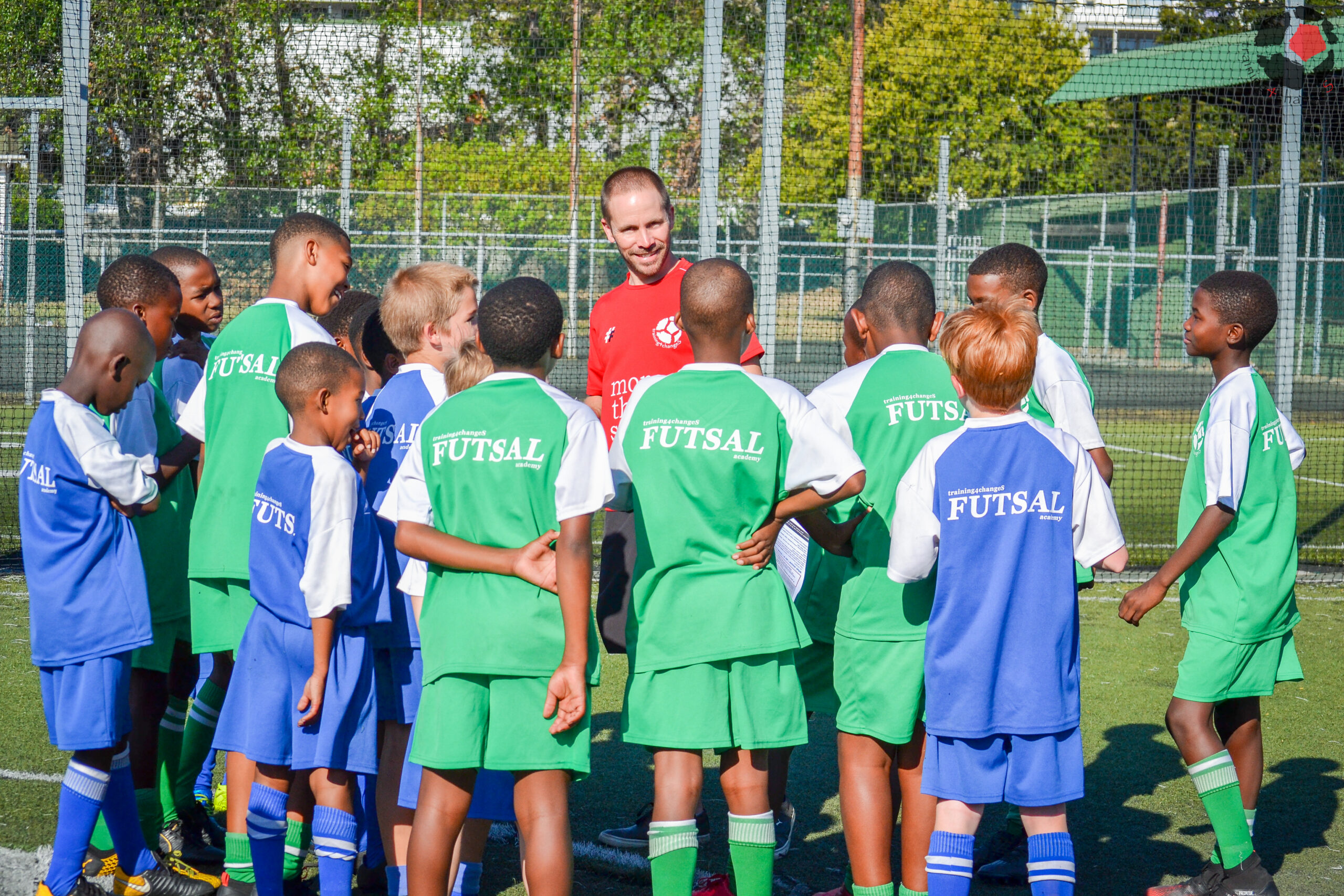 By gustav1st Jul 2022Entrepreneur of the Month
No Comments

A story of hope: Daniel Thomae of training4changeS is making a social impact by empowering young boys one goal at a time.

Entrepreneur of the Month – Daniel Thomae

Much is said about the need to empower the boy-child while they’re still young, however, the majority are only exposed to mentorship in their teenage years. That is why Daniel and Kendra Thomae, co-founders of training4changeS, are utilising sports as a catalyst for holistic community transformation and intentionally equipping young leaders with essential life skills and values from a tender age.

Having come to South Africa as a tourist to watch the 2010 FIFA world cup, with his stack of CVs – hoping to find employment – Thomae’s passion for social justice surpassed all his plans. He grew up with a ball at his feet in rural Nigeria and experienced first-hand the transforming power of soccer. For young people all around him, soccer was the pathway to the life they dreamed of. After having the privilege to travel the world playing soccer and going on to earn two degrees in the USA, Daniel was determined to use the game he loved to give back to the continent that had offered him so much.

Following the words of South Africa’s hero, the late Nelson Mandela which says: “Sport has the power to change the world. It has the power to unite in a way that little else does. It speaks to youth in a language they understand. Sport can create hope where once there was only despair. It is more powerful than governments in breaking down racial barriers. It laughs in the face of all types of discrimination,” Thomae also wanted to positively influence young boys, create a safety net, and protect them from falling victim to drugs, gangsterism and dropping out of school.

“Success on the field could open doors to education and travel; it could put food on the table and provide for families. For so many, soccer offered a faint glimmer of hope in a world of darkness,” Thomae says.

He added that when they’re in the field with young boys, it is not just about sports, but it’s about bringing through life lessons to eradicate gender-based violence.

Thomae described his journey as one that is long, with hurdles, as they are always trying to find partnerships, collaborations and investments to take training4changeS further than what it already is.

“Due to South Africa’s existing socio-economic division, it becomes challenging for us to tap into different markets and communities, as we only operate in areas such Kayamandi, Cloetesville, Idas Valley and reaching into Jamestown.”

“The road to social justice is one that is certainly not easy, but with resilience, it is possible,” Thomae adds.

Through successful partnerships and collaborations, the initiative plans to also include an academy for young girls as well, to allow for equal opportunities.

Do what you can, with what you have, where you are

Thomae encourages other entrepreneurs to “just get started” with their business ideas, and not wait for the “perfect time” to start their business. While the model for training4changeS is not dependent on technology, it has played an important role in how they operate and enable young boys to connect with soccer legends beyond Africa.

“Basic technology tools just as Google for Nonprofits have played a vital role, in helping scale beyond South Africa, allowing us to tap into markets abroad,” says Thomae.

Similarly to the spirit of Mandela, regardless of the limitations of resources, Thomae is still determined to take training4changeS beyond the Stellenbosch community, and Africa. He reminds other entrepreneurs that, “a winner is a dreamer who never gives up”